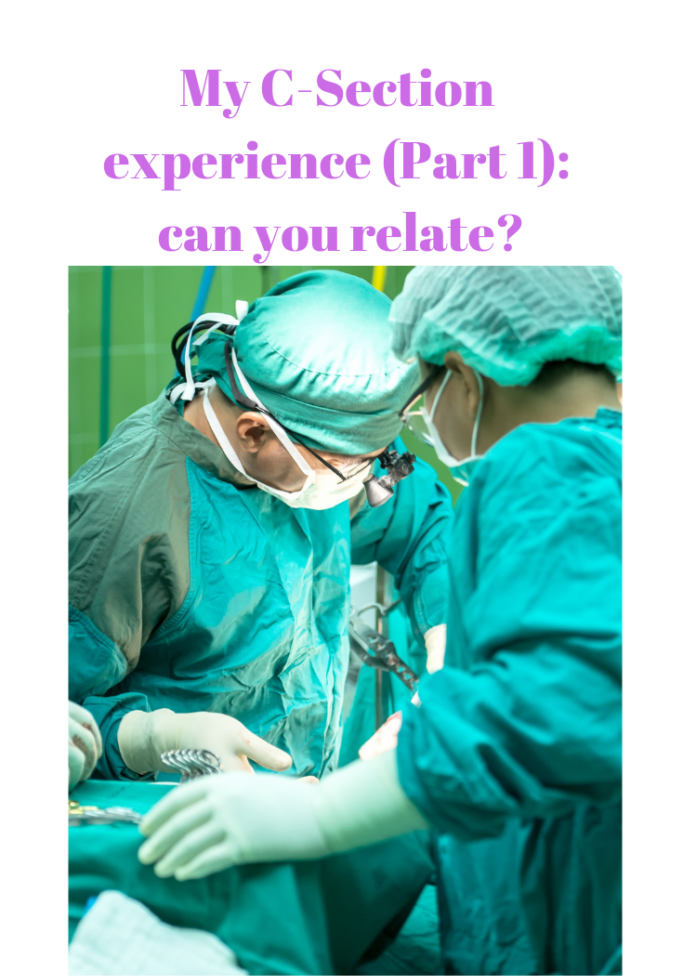 I had a vision of making my way to the birthing suit maybe a week before my due date. That was my ideal. The bath would be run and I’d be dilated enough by the time I got there to get right in and start pushing. I’d be done in five pushes maximum.

A girl can dream, right?

Look, it’s really not that crazy. I know it’s happened for some women out there. Comment below if you’re one of those magical ones.

It didn’t come to close that at all. I’m smiling as I type this today but I was so disappointed in the moment I realised I wasn’t going to be having a water birth…I can’t even express it.

I’d been having contractions for over a week. Every night from around 9pm to around 6am the following day, I’d have intense pains in my lower back that had me writhing around in my bed and forcing me to creep out of bed so as not to disturb my husband. Paracetamol and ibuprofen did absolutely nothing for those pains. I was calling the midwives the first couple of nights and getting told to wait till the contractions were closer. I was told to go in on the second night for monitoring. They gave me a sweep because I was about three days past my due date by then. The horror! It was as painful as a contraction- if not worse – and yielded NO result! My waters didn’t break and I was still not dilated enough. A doctor suggested we book in a C- section as I was overdue and the baby could be in distress. However, she seemed perfectly happy in there. Her heartbeat, etc. Everything was fine. I declined. I was going to have that peaceful water birth in a dimly lit room with some jazz music playing.

Fortunately by the third night, I’d clocked on that by the time they got close enough together, there’d be no point ringing the hospital because the pain would be stopping soon anyway. Dealing with the pain for so many hours and so many days left my lower back terribly sore throughout the day and forced me to spend my time in bed wondering when this baby was going to make her appearance. I was miserable.

On that last night, they told me to go into the hospital again to monitor the baby. They wanted to make sure she wasn’t in any distress as she was now a week overdue. Having resigned myself to possibly carrying her an extra two weeks by that point, I had decided it would be nice if she at least arrived on my sister’s birthday which was a whole 9 days after her due date!

I went in and fortunately, our bags were packed and living in the car by then. Sitting waiting to be hooked up to the monitors as usual, lo and behold, my waters broke. Problem was though, it was clear that there was meconium.

I was put on a drip to induce me and my contractions started to come faster. My waters also continued to break for a while longer – something I didn’t know was possible. All my online research had me cautious of induction as it is said to increase the risk of needing a C-section but protesting didn’t occur to me. I was worried the baby was in some kind of distress. I stuck to using my TENS machine for pain relief for about 7 hours of labour. My midwife kept begging me to get an epidural but I told her I could do without it. I no longer had any illusions of a water birth although, in some part of my mind, I knew I’d heard her tell my husband it was still possible for me to have one. Everything I’d read online said once you got induced, you couldn’t have a water birth. I only wanted to avoid anymore medication than I was already being given. So there I was clicking away on my TENS constantly for hours.

At some point the following morning, that TENS machine became useless to me and the offer of an epidural was sounding like music to my ears. I had two new midwives who encouraged me to get it when the anaesthesiologist came round. I agreed. After an hour, the anaesthesiologist hadn’t gotten to me yet. I was exhausted and pretty much ready to beg for her to get to me. What a difference an hour makes.

They got a doctor to come and check me while I was waiting as they were worried I wasn’t dilating fast enough. Indeed I wasn’t even three centimetres dilated and he said he’d go off to do one C-section and if I wasn’t fully dilated when he was done, I would need to be rushed off for an emergency section.

When he came back over an hour later, of course, I was still contracting away. The midwives had already checked and seen I wasn’t any further dilated but they were delighted to feel a full head of hair and even called in a third midwife to come and feel all that hair. They seemed to have forgotten that all that feeling around was painful for me.
The doctor checked and I was speedily sent off to the operating room where another doctor asked jokingly what I was there for. Although I was awake, I don’t remember anything much except an uncontrollable chill all through my body. I couldn’t stop shivering. And a bit of tugging in the region of my abdomen. I don’t remember hearing my baby cry when she came out but she apparently did. It seemed to be over in fifteen minutes but in reality, it was about an hour!

All I remember is my husband putting her next to my face so I could see her. He got the chance to do skin-to-skin with her before he gave her to me to nurse and she remained on me for hours after.

Find Part 2 of my experience here

Extended Breastfeeding: Don’t be afraid to do it