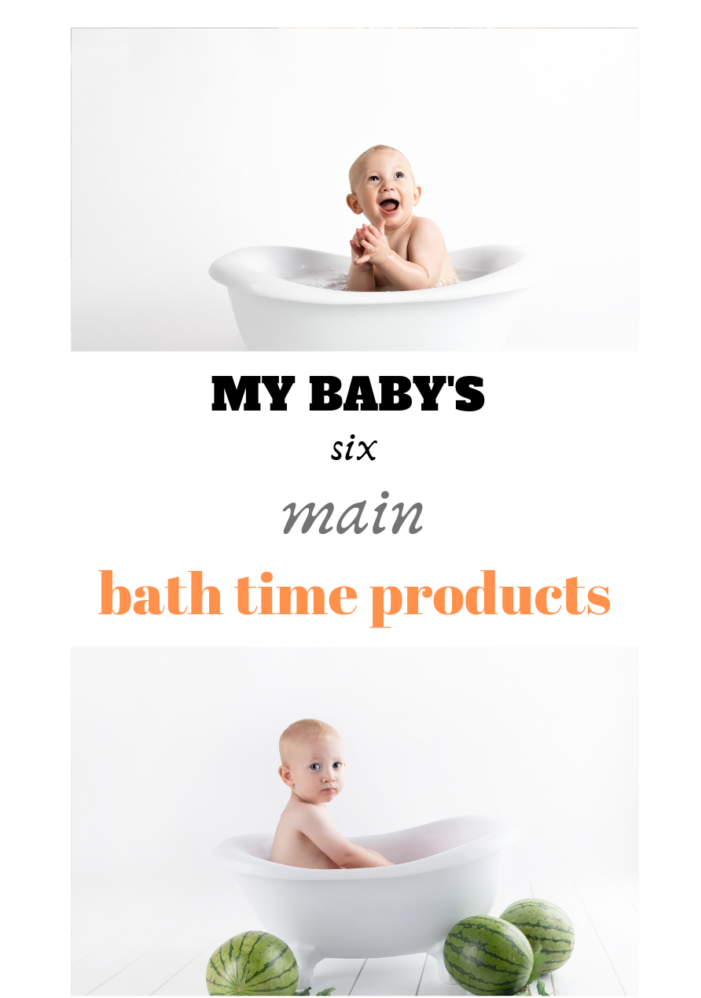 Disclaimer: I may get a small commission for purchases made through links within this page.

We’ve come such a long way since my little girl’s first bath. She’s not as tiny and fragile as she used to be, thank God. She’s a lot bigger and can sit and stand without support. Still SUPER wriggly when she wants to be though, especially during shampoo time, which she hates. Over the nine months since she’s been born, we’ve figured out what products work best for her. Or at least which products don’t irritate her skin and are as natural as possible. She’s got parents who are both allergic to a wide variety of things and while I’m trusting that she’s managed to skip the allergy gene somehow, I’m not willing to test that just yet! A few of her bath time staple products have changed since she was born but these have stayed the same:

She started out with the usual Johnson’s top to toe wash but a few weeks after, we switched to this. I’m not sure we had a specific reason why but she’s 9 months old now and we’re still using it! We’ve never had any problems.

We happened to be in Germany when she was five months old and I was excited to see the range of baby products on the shop shelves that would be different from what’s in the UK (I love doing that when I’m outside the country…pretty sure other people do that too! lol). I noticed the majority of their baby bath products were HiPP.

I like the cute ones in the little tubs. 250ml. I get them at my local Holland & Barretts. I use them as a mini pre-poo for her hair. Mini because I’ll leave it in her hair for about an hour or less while she eats and before her bath. It just makes for an easier comb-through during the shampoo process.

As far as I know, any old brand of virgin olive oil will do. I literally use a few drops of whichever brand happens to be in my kitchen at the time!

This has a very light refreshing smell which I appreciate as strong smells irritate me. It’s also suitable for sensitive & eczema-prone skin so is unlikely to irritate yourself or your baby.

Honestly, I’d say this is the real star of the show. I’ve used it for since the day she was born not only as a nappy cream but also around her neck where she’s got so many folds and she’s never had a diaper rash. I really do think it’s the best nappy cream out there.

I do have one struggle that’s developed lately. She hates having any water in her face which makes shampooing (rinsing out) so difficult! No technique I’ve tried so far seems to work with her – I did say she’s very wriggly! Any tips on that? Has anything made shampooing an easier process with your baby?

How to prepare for baby’s cake smash photography